Meet Gigi, A Full Time Content Marketer Who Was Head-Hunted For 6 Jobs By Major Brands And Celebrities. 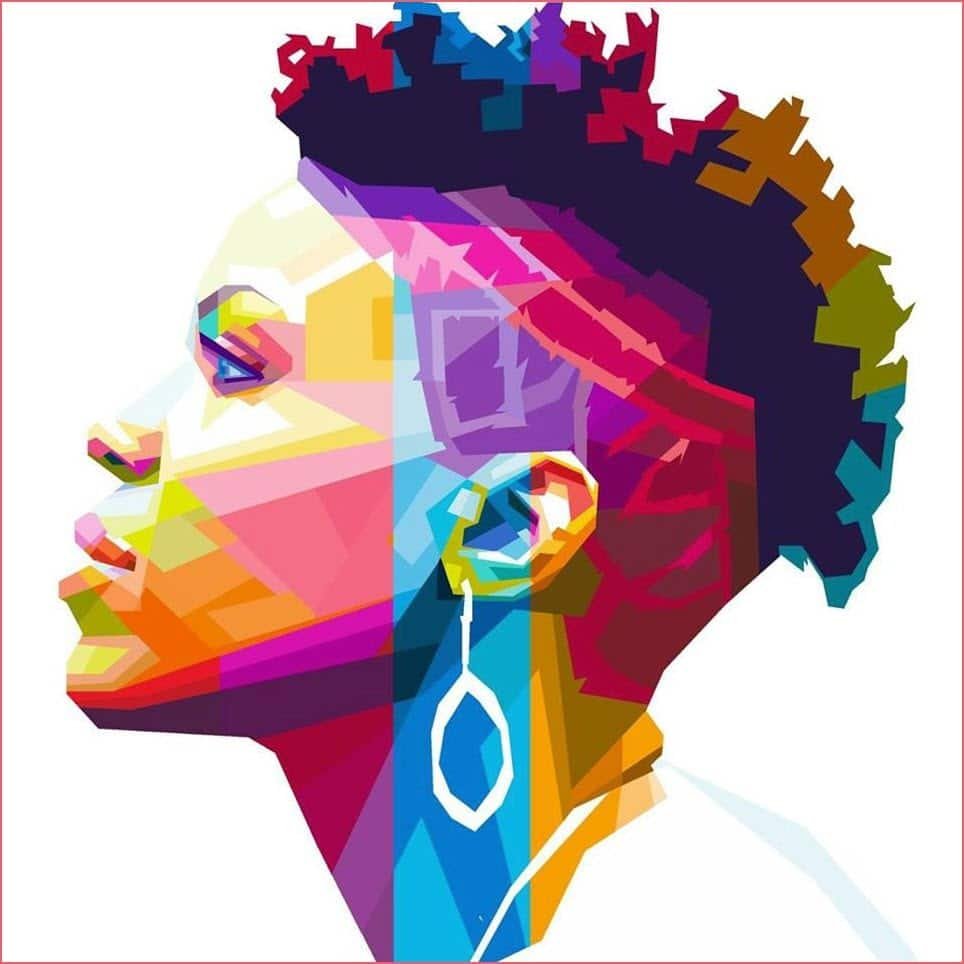 Gigi Rodgers is a full time content writer for the tech company, Strikingly and also freelance writes and video edits for her own site.

After joining the Amplify Content Academy she’s been CRUSHING it.

Within just 30 days of starting the course she was approached directly for positions with major Fortune 500 companies in her industry, and the job offers still keep coming in.

All from doing just ONE of the lessons on building relationships.

(That and her being awesome ofc)

This is an interview with her about what happened, her thoughts on Amplify and what she has to say to those who are ‘on the fence’.

Hopefully you’ll be able to learn from Gigi and her actions, and help you make a decision to see if you’ll join us…

If You’re Frustrated That Your Content Simply Isn’t Getting You Results, Or If You’re One Of Those People Who Gets Derailed By Roadblocks And Can’t Seem To Make It Work, Then You NEED To Read This…

All of us are lizards.

What do I mean?

Everyone’s brain is made up of 3 major decision makers:

Well most of the time we think as humans that we’re smart, and educated and rational (Although the news would prove otherwise)

You see our brains have evolved over time, but rather than update or create something new, we’ve just added on new parts.

Upgrades if you will.

Now it sounds good in theory but its kinda broken. 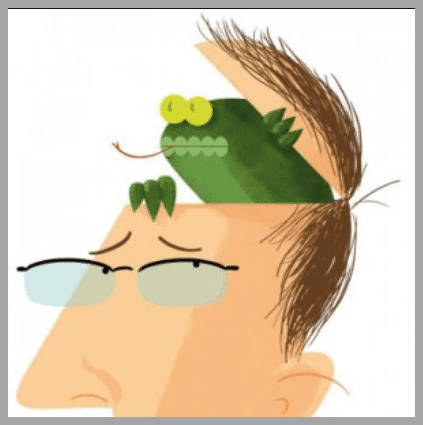 You see almost all inputs go through the lizard brain first which is the fight or flight/fear centre/safety and preservation section of the brain. Its designed to protect us from lions, but the thing sometimes kicks in for any old reason.

It can be some random stimulus or an idea- absolutely anything can set it off and when it does, it causes us to overthink, worry and doubt our choices.

But surely our logical brain will help us out right?

Well yes but the system is flawed.

You see, all the information that our brains process has to go through that Lizard Brain first before its then passed up to the Limbic brain and finally the ‘logic centre’.

The information goes from one to the next, before we ever get to think about it logically or rationally.

“People buy with emotion and justify with logic”

Because the emotion has to align with a good feeling-not a fear or feeling of pain or even potential pain. Only then does it go through to that logic centre and we start making excuses as to why we want to buy.

Genuine, awesome actual reasons that are beneficial…but in reality the decision was made at an emotional level.

And so there’s the problem.

Because This New, Exciting, Awesome Thing That You Want To Do?

It can be long and hard work right?

And so before you even start doing it, your Lizard brain does this fantastic job of playing “What if?”

“What if this goes wrong”, or this or this “And then this would happen!” etc.

Suddenly your thoughts are 500 steps ahead and every one of them is daunting and full of perils.

We’re defeated before we even get off the couch… Your brain hardly ever starts to think of “what if” in a positive way:

Far too many of us become crippled by these scary, exciting potential “What Ifs” so that we never take action.

In fact we worry and put it off and fill those fears with other ‘Important/must do things” to pretend that we never had the time for them.

The thing you need to understand is that we’re all guilty of it.

We all suffer from it.

But those who finally succeed?

They just said balls to it and decided to roll the dice and see what happens either way. That’s as complex as it gets

Because the things you think will go wrong almost never happen

Why does this all matter?

Because we all suffer from this.

And Gigi was exactly the same before joining…

Back Before You Joined, What Was Your Biggest Problem Or Challenge With Getting Traffic?

My biggest problem with getting traffic was that I had no clue as to how to approach getting it.

I “thought” I knew what I was supposed to do, via blog posts that I read, but there was no structure and no clear direction as to how I should approach it.

A lot of advice, not a lot of strategy…

I tried trial and error and figuring it out, but it can take SO long and its frustrating. You make a lot of mistakes on the way and start to question your intelligence, and it feels like your boss is looking at you like you’re a dummy.

My biggest frustration was that even as an intelligent person, I just couldn’t figure it out.

Even worse, a lot of the advice was conflicting!

But those little details that you gave me, made all the difference. That’s stuff that YOU DON’T read about in blog posts. It made such a HUGE difference.

If I had stayed the same, it would have taken months to generate the same traffic!

Did You Have Any Doubts Or Worries Before Choosing To Get On The Course?

Basically that I was going to sink my money into it – not follow through and it was going to be fluff advice.

But after reading your copy, and knowing a little about you, I was pretty confident that you would direct me right.

As Limp Bizkit said, “You just gotta have faith”.

And it worked out. Beautifully.

You’re guidance and me just sticking to the plan (not trying to adlib) REALLY helped pull me through.

Trying to “remix” the plan is the WORST thing a person can do when you’re first learning something, and its something I’m very much guilty of.

Sticking to the process and trusting it AND not deviating from it has made all the difference.

Attention Freelance And Full-Time Content Writers: If You Want To Get Real Traffic Then You Need To Understand How To Strategically Create And Promote ‘Killer Content’

Getting traffic really isn’t hard, when you understand how each of the channels work.

You can build a system around it.

Its as simple as:

That way you’re just going out and finding more people that already love what you have.

We get so many people thinking ‘what if’ and could this work for their business. And I understand why, making a choice like this you can feel like you need to know 100% of the details.

Not because of certain industries being better to create content for, but because of the way that the channels work.

What we have available to us to help us grow online.

Look I’m a massive #NERD. I collect content marketing examples and advertising swipes that impress me.

I’ve researched content marketing from as far back as the ‘1940’s selling diamond rings, cake mix, private jets and more.

You just need to be doing the right things with your content.

But it can work for you too.

If you have a business that interacts with an audience online, and you can sell of get that lead, then the methods we teach in the academy can help you get more traffic and sales.

Its as simple as that.

Gigi knew that she had to do the work and it might not pay off.

Her fear was her own worries about following through- but she knew she had that 30 day refund and wanted to make it happen.

To at least try and change her business and life.

Since then she’s been headhunted by 6 major companies, been offered freelance work and its building her own side hustle that’s growing in leaps and bounds.

So How Many Job Offers Have You Had- Just From Doing The Work In Module 1?

A girl reached out to me to publish a story in a magazine that’s going to be distributed across NYC.

And they were legit offers also. 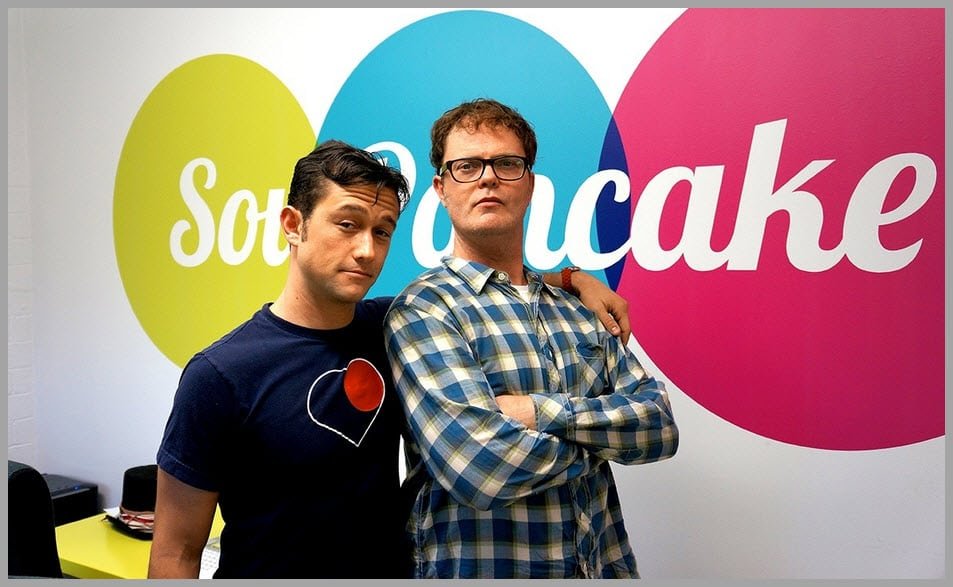 They were not a good fit, but its all good tho… its good to know that people are interested!

This is the first time that I had invested into my career. I ‘d had enough of floundering about and needed guidance.

People talk about investing into their career and I ‘got it’, but NOW I REALLY get it.

The action is the most important part-THAT’S why a community and a path are so important. And sticking to the goddamn plan! Lol!

Less excuses to fall off it etc…

That’s Awesome- So How Has Your Life Changed Since You Bought The Course?

My confidence in strategy is leaps and bounds higher than what it used to be. I actually feel like I know what I’m talking about when I talk about content and marketing strategy.

Multiple opportunities have presented themselves to me because of my work. I’m rubbing elbows with some PLAYERS in various communities that I would’ve never had access or known about before.

But the biggest thing is my confidence in myself is stronger now that I have some structure on approaching strategies.

Confidence is a big part of it. I know now the importance of building up a solid foundation before jumping into any situation.

It sounds like common sense, but when you’re ‘gung-ho’ and you THINK you have it figured out because you read a large amount of blog posts beforehand, you get a real awakening when expectation meets reality…

And now that I know what donkey content is, oh my gah, I’m woke. Being a practitioner with a SOLID foundation will set you up for success.

I think personally that a big reason people fail with content is why they’re writing all the time.

It’s because they’re doing it out of desperation because they’re not getting any impact with the articles. And so then they’re trying to do ANY promotion results asap to try and get some kind of a result.

And then when nothing occurs you’re like…“oh crap, better write some more!”

But that’s a whole negative cycle, and its totally the wrong thing to do.

Oh I Know that…
What Would You Tell Someone Who’s On The Fence About This?

I would recommend it only if they are committed to learning and won’t come up with excuses as to why they haven’t followed through.

If this is something that you “kind of want to do”, then don’t join.

But, for myself, I had a vendetta.

This wasn’t a”want”, it was a “need”. I needed to prove to myself that I could do this.

I think sometimes also, you maybe assume that you’re the kind of person who just doesn’t follow through, because you never have done in the past.

But you only have to do it once to change.

Small wins make all the difference in the world… Once you start getting a little momentum it all kicks off.

If you can get through it just once- it’ll pay of ten times.

Then if you can follow it and stick to it, you’ll never worry about traffic again.

Right now you have a choice ahead of you. Of what results you want to get from now on.

To stay as you are, or to push ahead.

If you haven’t checked it out yet then what are you waiting for!?

Learn about all the academy, the roadmaps and course libraries, how it works, the 30 day refund and all those awesome bonuses… 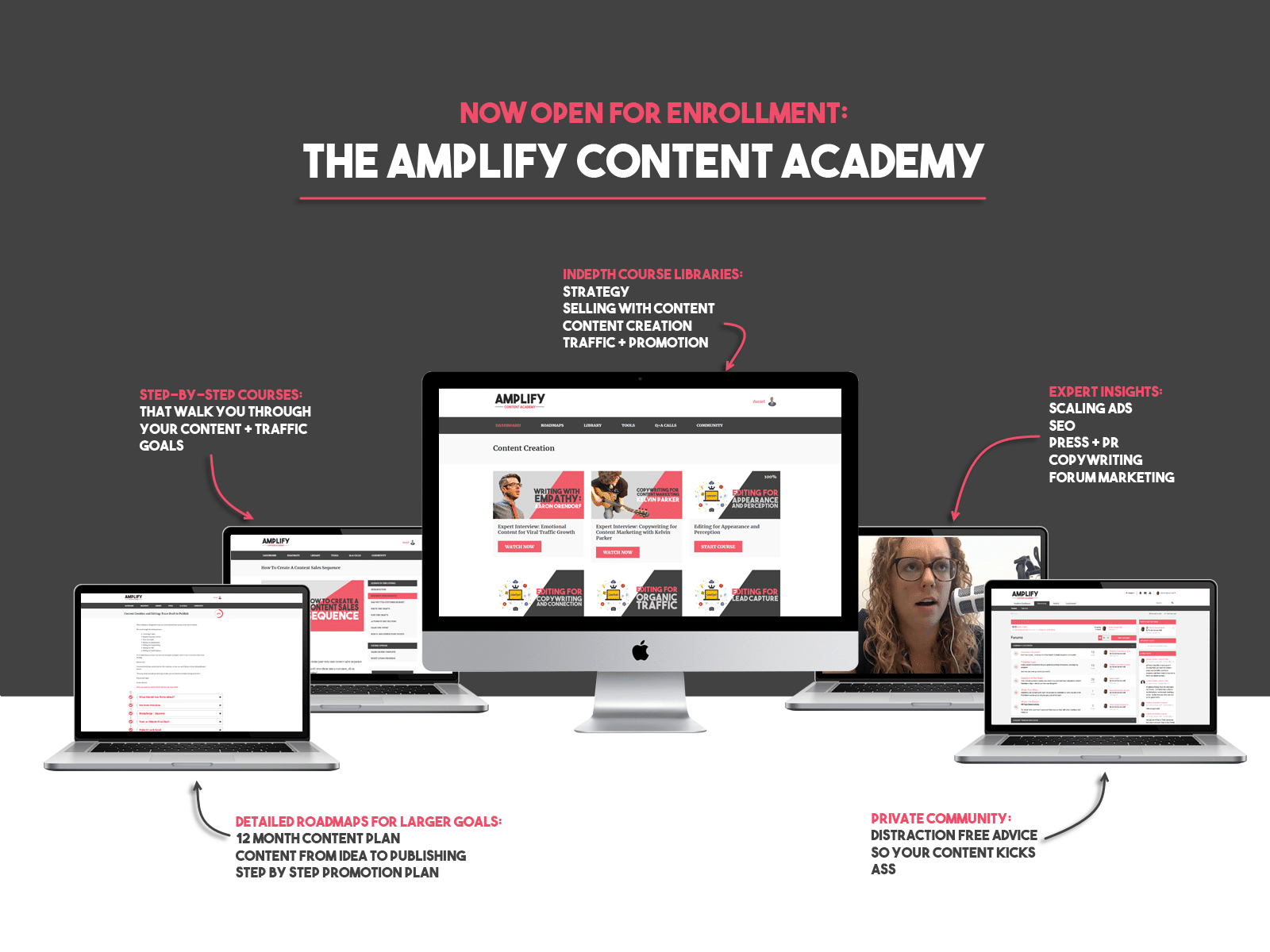 I highly recommend that you go read through all the details and see exactly what we have to offer.

See exactly what Amplify has to offer you, HERE

You can skip the sales page, and join with any of the links below.